What is GABA – Do These Supplements Actually Work?

Gamma-aminobutyric acid, commonly known as GABA, is an amino acid. It behaves like a neurotransmitter for the central nervous system. Neurotransmitters are endogenous (body-produced) messengers that can modulate, enhance, or transmit signals from one neuron or cell to another, promoting some form of action in the target cell. GABA is required for the brain metabolism and for optimal brain function. 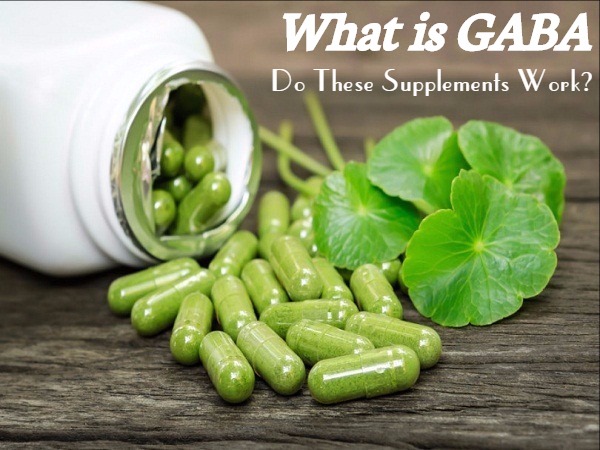 GABA is also known as y-aminobutyric acid, and is also an inhibitory neurotransmitter. It can regulate a number of psychological and physiological processes taking place in the body. GABA variations in the forebrain have long been associated with conditions like anxiety and depression.

Where is GABA produced?

GABA is manufactured in the brain and it has great influence on emotional and stress responses. It helps in balancing the neurons as well as the emotional reactions to external factors like fear. It also influences our moods and sleep cycles. When GABA is low in your brain, it can cause depression, anxiety disorders and even irregular sleep cycles.

GABA is found in cerebral cortex and it is constructed from another neurotransmitter called glutamate. A decrease in GABA levels is linked to conditions like anxiety, chronic pain, as mood disorders and even epilepsy.

What does GABA do for you?

It is also said to be effective in the treatment of prostate glands. This is because of its function and role in the mechanisms that regulate sex hormone (testosterone) release. GABBA is also said to aid in the secretion of growth hormone.

Because of the ability of GABA to act on brain receptors, it is beneficial for the treatment of attention deficit disorders. It can also reduce the cravings for alcohol.

What is the the Function of GABA in the Body?

GABA can decrease many conditions like anxiety disorders, schizophrenia and Huntington’s chorea. Some studies even say that it is effective for treating hypertension and epilepsy.

GABA, like norepinephrine, dopamine, serotonin, glutamate and CRH, is lined with mental activity. Changes in the release of transmitters and receptor responses can lead to many disorders. For example, excessive transmission of dopamine neurotransmitters can lead to disorders like schizophrenia. GABA has specific role in neuronal excitability and anxiety.

Do GABA Supplements Work or not?

GABA supplements are mainly to calm the body. You get its supplements in a variety of forms like pills, capsules, sprays, tablets and topical creams. Any form of supplement can have some benefits and some negative effects. Same is the case with GABA. Clinical trials and research say that GABA is weak. There is little evidence to support the belief that GABA in supplement form can reach the brain.

Taking oral supplements may not be effective as the digestive processes can destroy the beneficial components of these supplements. When you take the oral supplement of GABA, it has to pass through the digestive system before it is absorbed into the blood and can reach the brain. Even after it reaches the brain, it cannot cross the blood-brain barrier.

The blood-barrier acts as a protective interface that separates the circulatory system from the brain itself. The blood-brain barrier also helps in protecting the central nervous system from absorbing chemicals, while at the same time helps in regulating the transportation of molecules essential for health. It maintains a static or stable environment this way.

The blood-brain barrier is composed of endothelial, astrocyte, and pericyte cells.  It is like the walls of a fortress and prevents dangerous chemicals and substances from reaching the brain. This protection is provided against high levels of hormones, infection, and chemicals. However, it is not a membrane or a covering. Instead, it is a mixture of components that are present in the capillaries that supplies the essential molecules to the brain. In the body the capillaries are very permeable. So, the components in the blood can pass through their walls into the tissues. But the capillaries in the brain are extremely dense. They allow only specific substances to be absorbed into the brain.

So, we can conclude that the brain manufactures GABA by converting other components into GABA. But GABA supplements cannot enter the brain. GABA does not support the synthesis, support or function of GABA concentrations in the brain.

However, GABA precursor can help in synthesizing or boosting the production of GABA in the brain. Green tea is said to contain L-theanine, which is believed boost the synthesis of GABA. GABA together with niacin is said to have the potential of passing through the blood-brain barrier and increasing the activation and function of GABA receptors. Picamilon is the drug formed by combining GABA and synthetic niacin. It was shown to penetrate through the blood-brain barrier and help in improving the synthesis of GABA in the body. Another supplement, which is relatively new, is Phenibut HCL. This nootropoic is a derivative of the GABA neurotransmitter. When stacked with other components, it can be used for treating stress and improving mood. In some it also works as an antidepressant.

Very little studies have been made on the efficacy of GAA to treat depression, weight loss, anxiety and so on. However, some studies made on animas have given positive results. But it is yet not definitely proved whether GABA supplements work as well as they are marketed to be.