Graviola is known to be a plant that is very beneficial for the health of human beings. It is amazing for curing cancer. But graviola also has some side effects, which can be very serious. Its benefits have not been proved yet. But many people consume this fruit without any knowledge about its side effects. 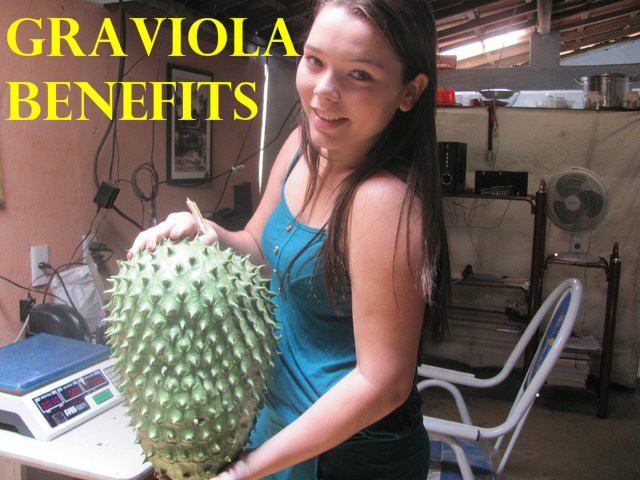 Graviola is also known as soursop, and is a plant with broad leaves. It is a flowering perennial tree that has its origin in Mexico, Cub and Central America. All parts of this tree, including the leaves, fruits and the stem, are used for medicinal purpose. It belongs to the custard apple family but it has a citrus flavour. Graviola is said to be a cross between pineapple and strawberry.

The flesh of this fruit is edible. It also has black seeds in it. The pulp is used for making smoothies, fruit juice drinks as well as for making candies, ice cream and sorbet.

However it has not been proved scientifically whether this fruit is effective for treating these diseases. All experiments were conducted on animals. So it is not confirmed whether it will have the same effect in human beings. But it is a known fact that graviola has lots of side effects. 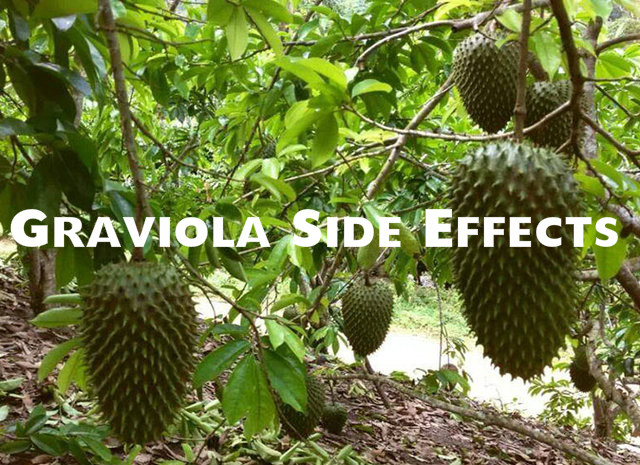 Consuming too much of this fruit can affect your cardiovascular system. This is because of its depressant effect. So, if you are suffering from any heart problems, make sure that you completely avoid this fruit.

Pregnant women should never consume graviola because it can cause premature uterine contractions, leading to miscarriage.

You can use a concoction of graviola for treating dysentery. So, if you are not suffering from dysentery, you should avoid consuming graviola, as it can cause constipation and dehydration.

According to those who support sousop, it has the ability to combat cancer cells because of the presence of the annonaceous acetogenins in it. They have chemotherapeutic effects that can cure cancer. However, a study made by the Memorial Sloan-Kettering Cancer Centre warns people against its use. The study says that the alkaloids extracted from graviola may cause neuronal dysfunction and degeneration leading to symptoms of Parkinson’s disease.

Adding graviola leaves to make herbal teas can also cause toxicity. So, try to avoid using these leaves for making herbal teas.

By consuming this fruit for an extended period of time, you may develop fungal and yeast infections on your body.

By consuming graviola regularly for a long time, the good bacteria in your digestive tract may get killed.

Consume graviola in moderate quantities because if you consume this fruit in high quantities, it can cause nausea, sedation and vomiting.

Graviola has the tendency to interact with drugs. So, if you are taking anti-hypertensive, vasodilators, cardio depressant drugs, anti-depressants or MAO inhibitors, make sure that you avoid using graviola. The effect of graviola can increase or decrease the effect of these drugs in your body.

There can be signs of Poisoning:

The bark of graviola contains anonaine and anoniine, which are high in hydrocyanic acid. It is a colourless substance and can be poisonous.

Works as a hallucinogen:

By consuming large amounts of graviola, you may suffer from nerve changes as well as hallucinations. So, always be careful when you consume this fruit.

So, we can conclude that graviola may be very beneficial for treating various ailments, but it is not yet approved by the scientific research centre. It may take many years before it is scientifically proved and you can accept it s a mainstream cure for any disease. So, be sure about the risks of graviola before you decide to use this fruit as a natural remedy for any disease. You can consult your doctor and take his advice before you start consuming graviola. This way you can make sure that you do not suffer from the side effects of graviola.