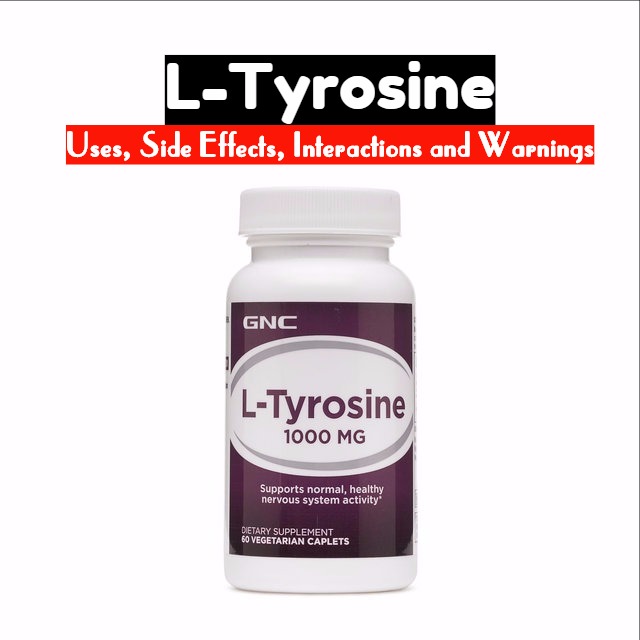 The full name of tyrosine is tyrosine hydroxylase or TH. It has a great impact on movement and various metabolic processes and functions. It acts as a precursor of adrenalin as well as neurotransmitters as mentioned above, especially norepinephrine and dopamine. Both these greatly influence mood and behaviours, and also stimulate functions in the nervous system and metabolic processes.

Tyrosine is a nonessential amino acid. This means that your body can make this amino acid on its own. But it can make it only if the necessary components are available. For the manufacture of tyrosine, one essential component needed is nitrogen. Nitrogen forms the backbone fragment of amine groups of amino acids. Nonessential amino acids can be often derived from carbohydrates or fats.

Protein cannot be developed without amino acid. So, amino acids are the building blocks of protein synthesis.

Everything You Need To Know About L-Tyrosine:

Some of the foods rich in tyrosine are:

Tyrosine is mainly used to affect mood and focus. It is used as an antidepressant also, but with mixed results. It is required for the production of enzymes and muscle tissues, as well as in the production of proteins. Production of thyroxin by thyroid gland also needs tyrosine.

Tyrosine acts as a precursor in the function of L-tyrosine in regard to neurotransmitter synthesis of norepinephrine and dopamine. It is believed that when dopamine and norepinephrine are present in high levels in the brain, they act as antidepressants.

Tyrosine is also absorbed in the small intestine and is dependent on sodium transportation processes. In the liver it is metabolized and is responsible for initiating a number of biochemical reactions. L-tyrosine not metabolized in the liver gets circulated systematically to a number of tissues in the body. Its functions in the metabolism pathway include:

Tyrosine is linked to a number of disease processes such as:

Tyrosine functions by attaching itself to iodine. This process leads to the formation of active thyroid hormones. There is a reduction in the levels of thyroid in the body when the levels of tyrosine get lowered. This is called hypothyroidism. Other symptoms that are linked to deficiency of tyrosine include:

Cold hands and feet have also been noted in people with low levels of tyrosine.

Tyrosine is good for fighting stress and anxiety. It has the ability to alter the availability of L-tyrosine. This way it helps in influencing the production of dopamine and norepinephrine. L-tyrosine has a positive effect inducing the decline in cognitive function. The dosage needed is about 20 mg.

Some people suffering from lack of sleep are seen to benefit by taking tyrosine supplements. This helps in increasing their mental alertness and focus.

L-tyrosine should be taken with a meal high in carbohydrates, or at bed time.

Tyrosine supplementation, combined with low calorie diet and exercise, can reduce body fat mass in overweight people. You get best results when it is combined with caffeine, green tea and calcium. One study suggests that L-tyrosine can influence the hunger hormones.

L-dopa, which is often prescribed in the treatment of Parkinson’s disease, may interfere with the absorption of tyrosine.

When tyrosine is used in combination with MAOIs, it can cause a drastic increase in blood pressure in individuals taking prescription antidepressant drugs. It can even increase the risk of heart attacks and strokes.