Does Sunscreen Lotion Cause Cancer Risk: Facts for You

All beauticians advise you to apply sunscreen on your skin before you go out. But have you any idea whether it is good for your skin or not? It can contain chemicals that may harm your skin and cause various skin problems. The sunscreens that you get in the market nowadays are said to cause more harm than good to the body. We use sunscreen to protect our body from the harmful rays of the sun and prevent various diseases associated with it. They are also used to prevent skin cancer. By applying sunscreen one can enjoy the sunlight without any worries of suffering from the harmful effects of the UV rays of the sun. But, it is now found out that sunscreens can also cause cancer and it can affect the natural functioning of various hormones in the body. If you are confused, read on and you will get an answer to all your queries! 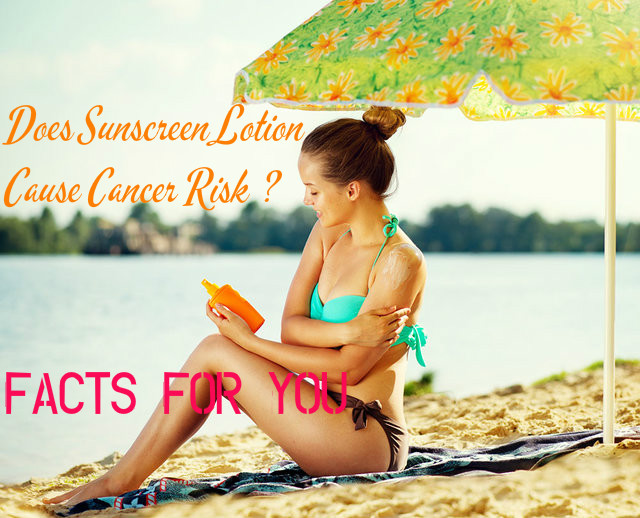 Chemicals Present in Sunscreens – Are They Harmful For your Body?

Are Nanoparticles (Zinc and Titanium) in Sunscreens harmful?

Does Sunscreen Really Prevent and Protect from Skin Cancer?

So, when you buy a sunscreen for yourself, keep in mind the points discussed above and buy according. You will be able to enjoy the sun without causing any harm to your skin.