Buckwheat is gluten-free and ideal for losing weight effectively. If you are looking for a healthy and new beverage to include in your diet, buckwheat tea is the right option. Buckwheat tea is also known as soba cha, and has lots of health benefits. 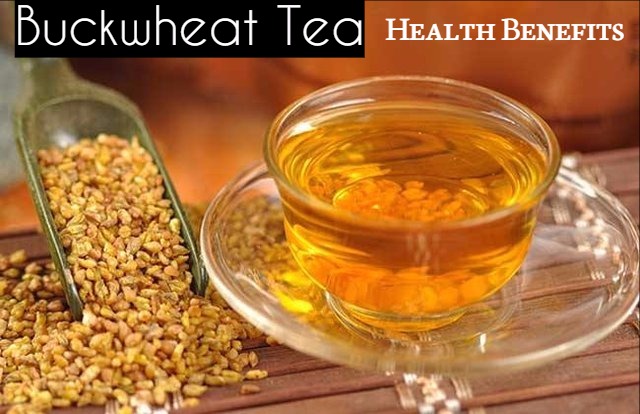 Buckwheat has many qualities of a cereal, but it is not a cereal. It is a pseudo serial plant. As it is very similar to the grains of wheat, it is often used in bread and pasta. The seeds of this plant are used for preparing buckwheat tea. It has a light taste and is drunk for enjoyments as well as for health purposes. According to studies made, buckwheat is good for helping you lose weight as well as for keeping your blood vessels healthy. It can also reduce blood cholesterol. It is also rich in nutrients and other chemicals needed for the body.

Green is known to be rich in antioxidants and is great for weight loss and for your overall health. But if you are to cut down the caffeine in your diet and want to follow a low-oxalate diet, then buckwheat is the right option. It has all the benefits of green tea and is also devoid of caffeine. So, this tea is ideal for those who are on a diet that avoids kidney stones. The vitexin and rutin in buckwheat tea have the ability to improve the flow of blood and prevent varicose veins and leg edema.

Buckwheat has fewer calories. This makes it an ideal drink for those who are on weight loss diet. You can replace high-calorie drinks with buckwheat tea. Researchers believe that the catechins present in buckwheat tea are responsible for the weight loss. Catechin is a naturally occurring antioxidant in this tea. However, not much study has been made in this matter.

According to a study mace, when diabetic mice were treated with buckwheat tea, the ingredients present in the tea were able to lower the levels of blood sugar in them. Buckwheat contains rutin, which is very effective for preventing type 2 diabetes. In another placebo-controlled study, laboratory animals were intentionally inflicted with diabetes and they were given buckwheat seed extract or tea. This lowered the levels of blood glucose by 12% to 19% at 90 and 120 minutes after the administration. On the other hand, the placebo group of animals did not show any reduction of glucose levels.

The scientists are of the opinion that the lowering of glucose is due to the presence of chiro-inositol compound in buckwheat. It has shown to have a key role in cell signalling and glucose metabolism in animals as well as in human beings. The researchers believe that the  chiro-inositol may act like insulin and increase the sensitivity of the body cells to insulin.

When rats were inflicted intentionally with kidney damage and then given buckwheat concentrate or the high-density tea, they showed considerable improvement in renal function. The progress of kidney disease in them also slowed down. However, in human beings this has not been yet tried and proved. But it is expected that human beings with renal problems will also show similar results.

Water soluble, insoluble and fat-soluble antioxidants are found in high amounts in buckwheat. It is also rich in many nutrients like tocotrienols, Vitamin E, selenium, phenolic acid and phytic acid. These are great for improving the immunity of the body. The antioxidants fight against the free radicals present in the body and protect your body from the attacks of virus, bacteria and fungi.

According to studies made on human beings it was found that buckwheat seeds and grains are packed with D-chiro-inositol. This can increase the actions of insulin in people suffering from polycystic ovary syndrome. So, it is good for improving the functioning of the ovulation, reducing blood pressure levels, and for decreasing the concentrations of serum androgen and plasma triglyceride.

Protects against cancer and heart disease:

Like the cereals and whole grains, buckwheat also contains phytonutrients. These are great for improving digestion for curing certain types of stomach and gall bladder problems. Lignans present in buckwheat get converted into mammalian lignans such as enterolactone, which are good for protecting the body from breast cancer and other hormone-dependent cancers, and heart diseases. Although lignin content in buckwheat tea is quite low, by consuming it regularly there can be seen a significant improvement in the ability of the body to fight against cancer. It also protects you from heart problems.

According to a study made on rats, buckwheat tea or the concentrate has the ability to reduce the level of blood glucose in diabetic rats. However, the process of preparation of buckwheat tea in this case is different from the normal method.

A study conducted on 120- postmenstrual women suffering from cardiovascular disorder (CVD) says that you can control the signs and advancement CVD by consuming buckwheat tea or grains at least six times a week. Postmenstrual women with high blood pressure and high cholesterol also benefit a lot by drinking hibiscus tea.

Now that you have seen the immense benefits of buckwheat tea, replace your regular drinks with buckwheat tea and improve your overall health.