We need to take enough amounts of vitamins and minerals in our daily diet to have a healthy and disease free body. Among the minerals, iron is very important for the body. Deficiency of iron may cause anemia and any other problems. 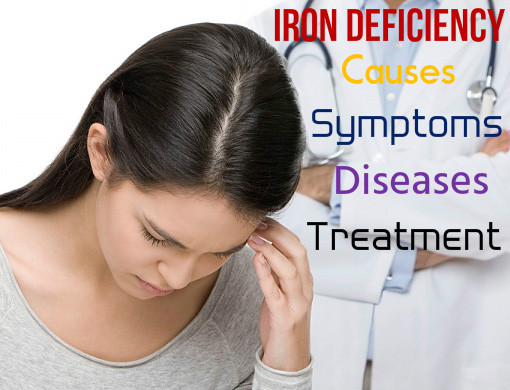 Iron deficiency can cause anemia which is very common in children and pre-menopausal women. This is a condition in which the iron stored by the body gets depleted and the body fails to maintain normal levels of hemoglobin in the blood.

Hemoglobin is a substance present in red blood cells. It is the hemoglobin that helps RBC to carry oxygen to various parts of the body. When your body becomes deficient in iron, your body is not able to produce enough hemoglobin. This can adversely affect the functioning of various organ systems in the body.

These are a few conditions in which you need extra iron.

When people lose blood, the iron is also lost as the blood contains iron in its red blood cells. So, to replace the lost iron, they need to take in more iron.

Lack of iron in diet:

Major part of the iron needed by the body is obtained from the diet you take. When the intake of iron is low for a long period of time, it can cause deficiency of iron. Taking foods rich in iron, like meat, eggs, green leafy vegetables and iron-fortified foods, help in providing you the iron required. The diet of infants and children must contain enough iron for their proper growth and development.

Along with consumption of iron, it is also important that your body absorbs the iron that you consume. Celiac disease is an intestinal disorder which can hamper the ability of the intestine to absorb nutrients from the digested food. This can cause iron deficiency. Heme iron or iron from animal sources is absorbed 2 to 3 times more efficiently than the non-heme iron that you get from plants.

Some people are more at a risk of suffering from iron deficiency than the others, such as women, infants and children, vegetarian and those who donate blood frequently.

Symptoms in infants and children:

Iron deficiency, if not taken seriously, can lead to long term health problems. Some of the diseases caused by iron deficiency are

By consuming foods rich in iron, you can cure mild deficiency of iron in the body. The iron that you get from animal sources like meat, eggs etc are more easily absorbed by the body than the iron you get from vegetable sources. So, if you are a vegetarian, you need to take in more iron-rich foods to get the adequate amount of iron.

Vitamin C increases the ability of body to absorb iron. So, by taking foods rich in vitamin C like citrus juice, along with iron rich foods, you will be able to absorb iron in   a better way. Citrus juices like lemon juice and orange juice are rich sources of Vitamin C and help in the proper absorption of iron. Iron supplements, when taken with a glass of citrus juice or vitamin C supplements, are better absorbed by the body.

If there is no increase in the levels of iron in the body even after taking iron supplements, then the deficiency may be due to bleeding or iron absorption problem. Then you have to treat these causes. These treatments involve the following:

Treatment if iron deficiency in infants:

Other than giving the supplements advised by the doctor, babies should also be given breast milk and iron-fortified formula during the first year of their birth. Cow’s milk is not recommended for children below 1 year as it is not a good source of iron. The iron from breast milk is easily absorbed.